With an exciting future ahead, following the takeover by the Class of ’92, the club required improved facilities to support their meteoric rise through the football league.

jmarchitects were commissioned to design the new stadium for the club at their existing site on Moor Lane, Salford. The scheme involved the demolition of the current facilities, including the 1980s main concrete stand. The existing site proved extremely challenging due to the varying site levels; so much so that the pitch alone slopes 1.5m across its width.

The brief was for a 5000 capacity stadium, split across four stands, with standing stands behind the goals and two fully seated stands along both sides of the pitch. The scheme included new facilities such as a fanzone, hospitality areas and improved back of house club accommodation, in addition to new floodlighting in line with the current FA regulations.

The timeline for the project was incredibly tight; as groundworks started in November 2016 with a capacity requirement of 3000 (two stands) having to be met by March 2017 in order to comply with FA League requirements. With SCFC currently in the 6th tier of the football league, working to a modest budget was extremely important, whilst managing the Client’s and fans expectations and aspirations for a new stadium following the high profile takeover. 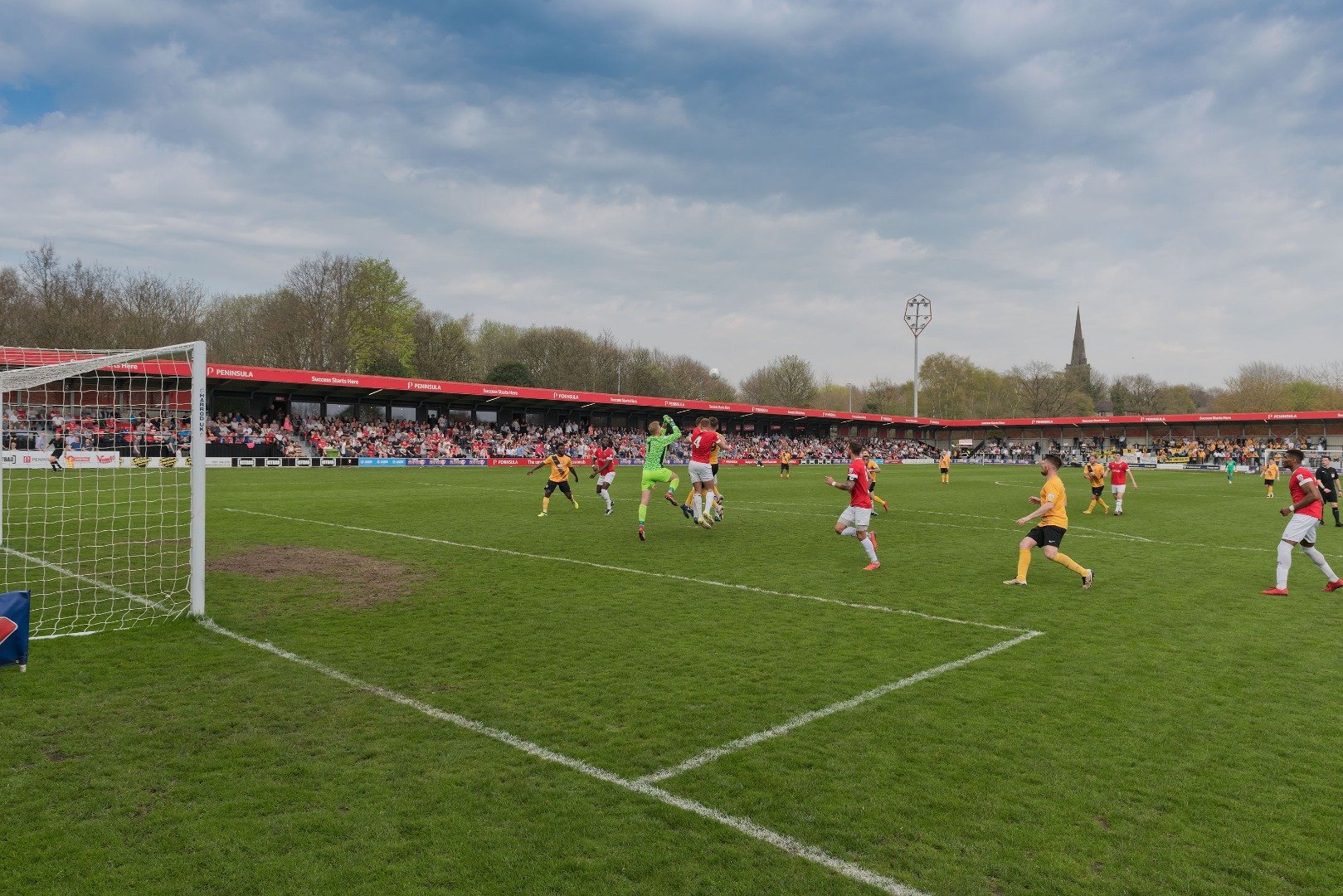 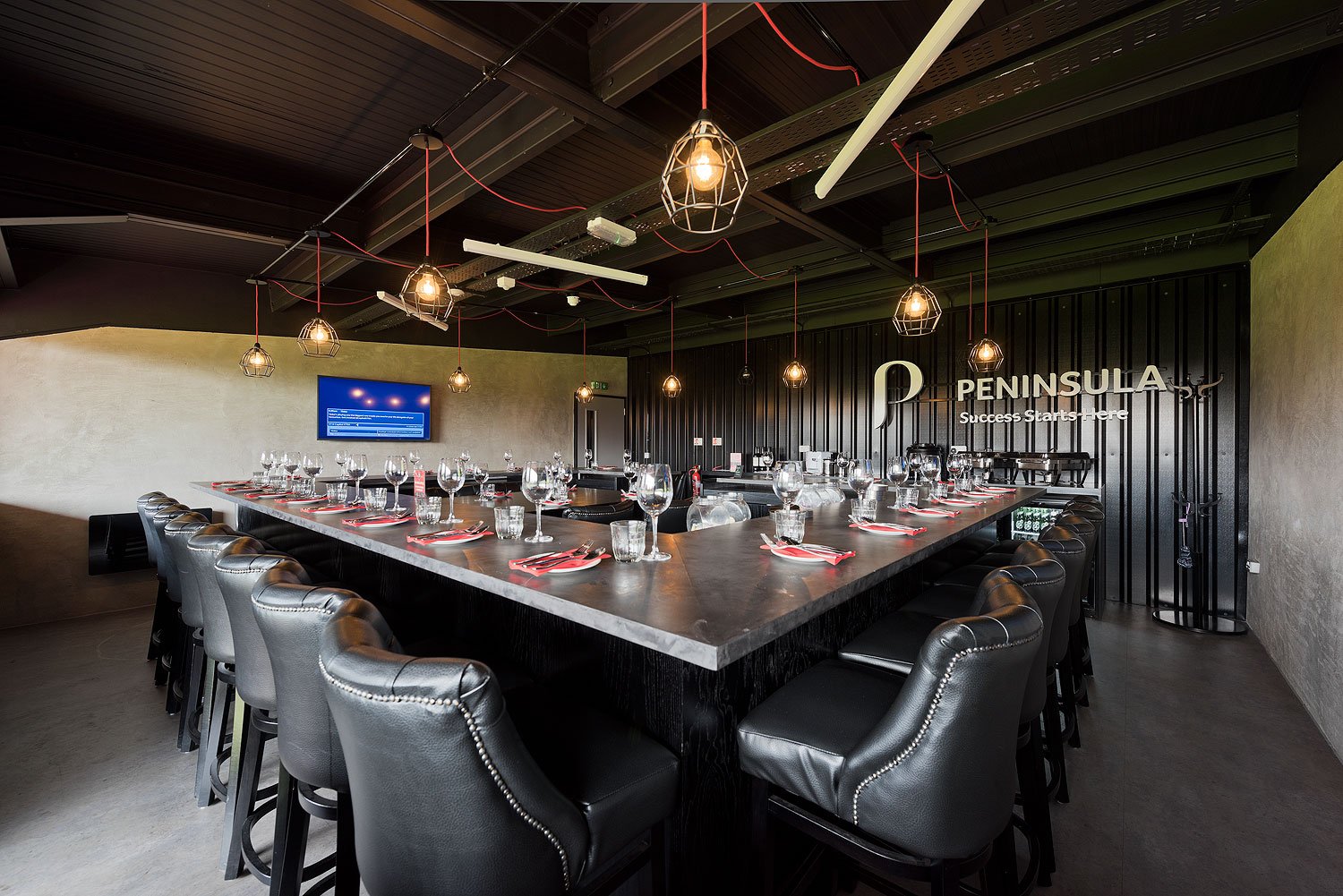 Construction of the hospitality spaces, within the North stand, was a priority as the corporate sponsors boxes and supporters bar providing the fans with state of the art facilities and importantly to the club an immediate revenue stream. On none match days the hospitality will double up as the clubs operational base as the club has now become a full time professional organisation with media and sports analytics at the forefront.

The interior finish of the hospitality areas is intentionally a step away from the usual, carpeted corporate spaces normally found in sports stadia throughout the football league. Materials used externally on the stadium have been brought inside for wall cladding, exposed structural ceilings and furniture finished with a sprayed concrete all combine to give a unique and edgy matchday experience for the supporters.

A folded roofscape of dark whinstone gives shelter to the top floor ‘executive lounge’, a facility open to all guests which is housed within the hotel’s carefully sculpted attic storey. The lounge and associated external roof terraces enjoy panoramic views across the Waverley Valley to the New Town. The north and west elevations of the hotel will be clad with the traditional materials of sandstone and whinstone with the courtyard elevation to the south adopting white brick; as is common in the old town, to bring light down into the landscaped courtyard gardens below. 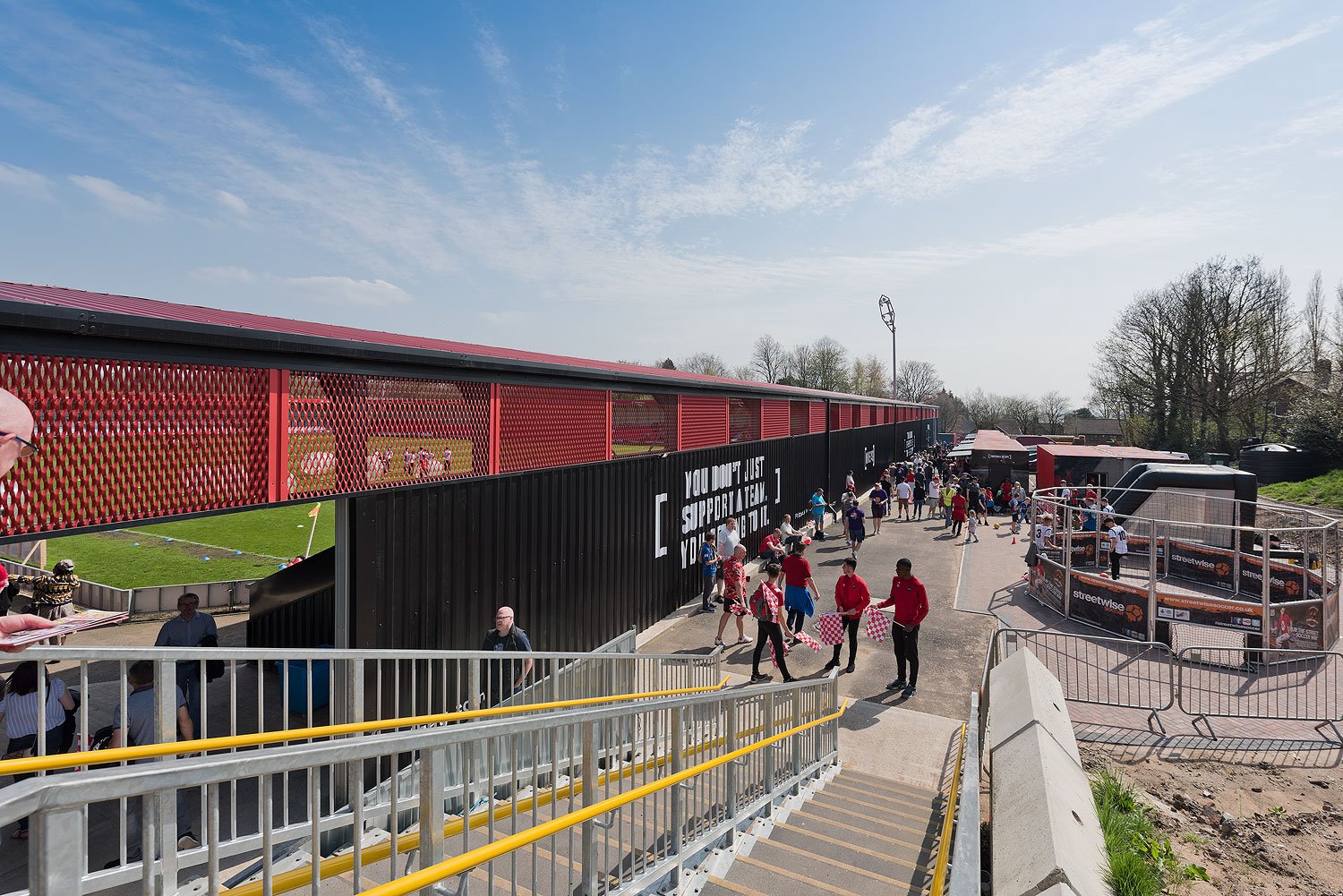 Below are a selection of images from this project along with a description. Tap an image and it will appear fullscreen with a close button. There will also be the option to view the next image in the gallery. 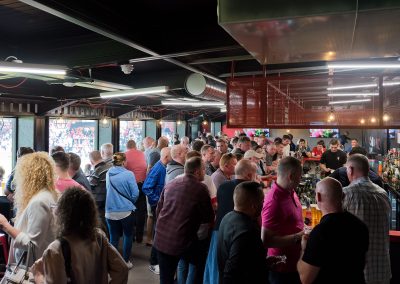 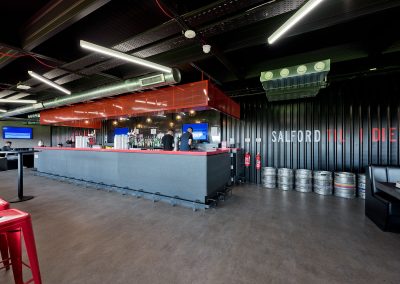 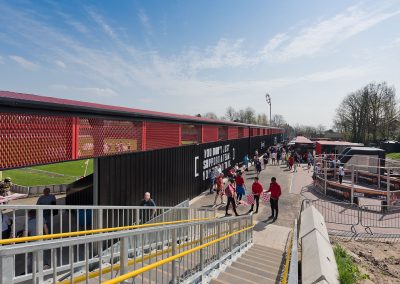 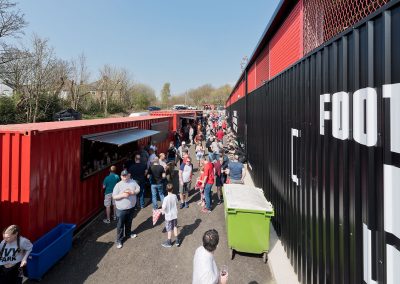 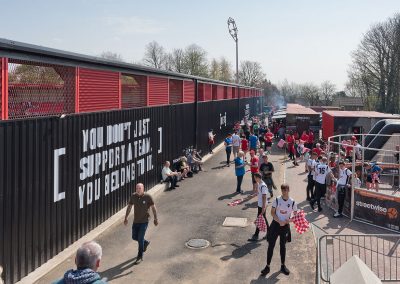 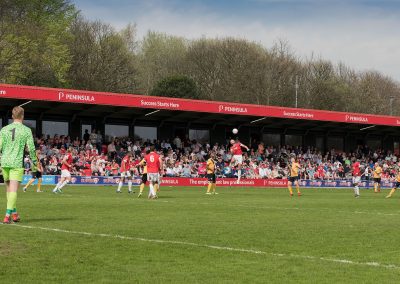 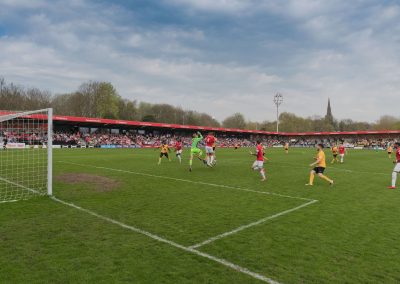 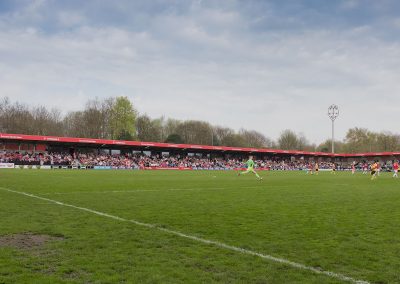 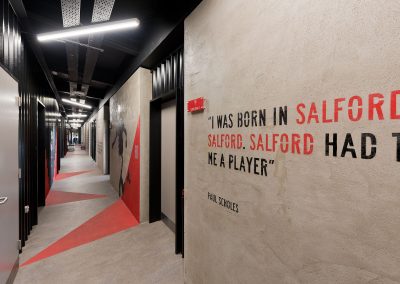 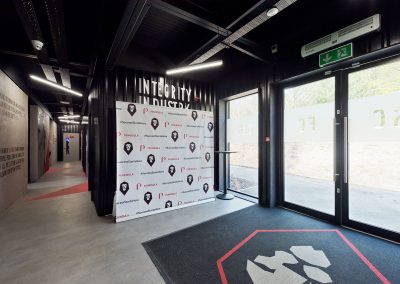 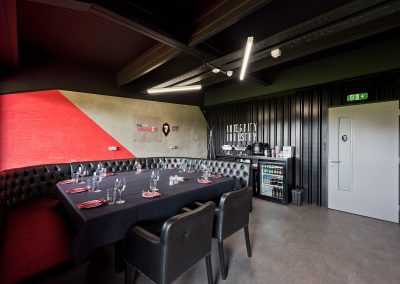 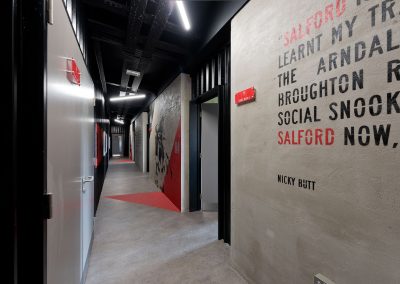 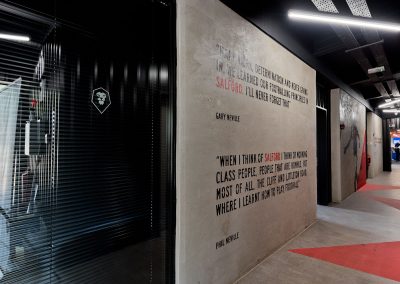 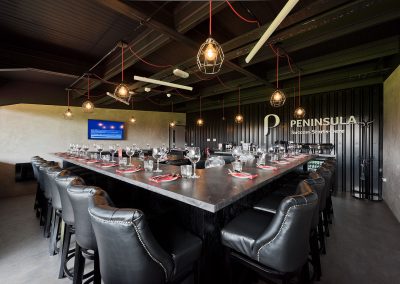 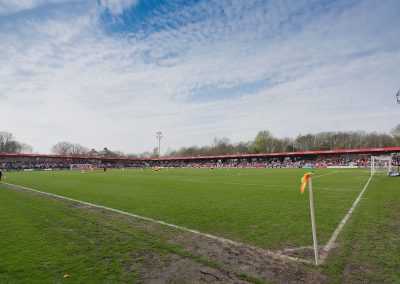 This brief set out the intent to meet the demands for high quality, flexible and sustainable development which would positively reinforce the streetscape and act as a gateway building within the wider regeneration and a catalyst to future development.

The solution allowed the provision of 28,000ft² grade A office space with a bold frontage to a key new connecting public space. The building massing would remain sympathetic to the surrounding development while interesting articulation of materials and high levels of sustainability were developed to fulfil and exceed the brief.

The building is orientated and designed around the integration between the internal and external environment, providing a building architecture which is striking yet cohesive and connective with its surroundings. The efficient and open plan floorplates provide for flexible and adaptable uses, achieving BREEAM Very Good and a healthy & exciting working environment for its occupants. 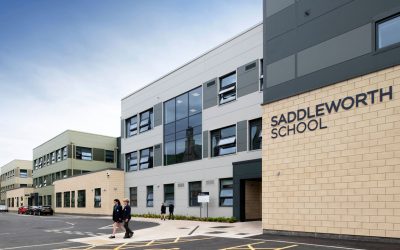 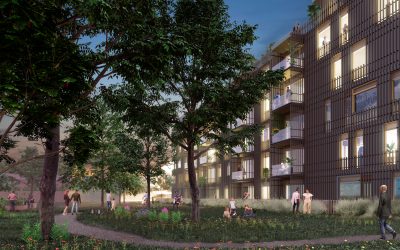 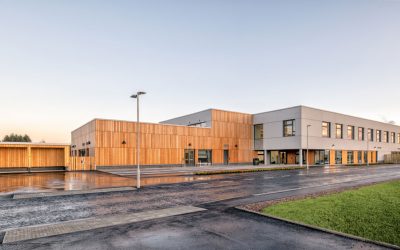